Forgiveness means giving up all hope for a better past 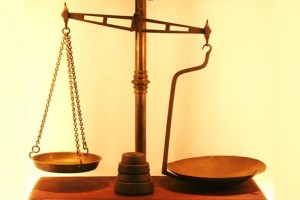 When I use the word, forgive it’s often coupled with, battle or struggle — as in, “It is such a battle to forgive my daughter’s ex for his cruelty.” or “I still struggle to forgive the mother of my husband’s daughter for poisoning her against us.” 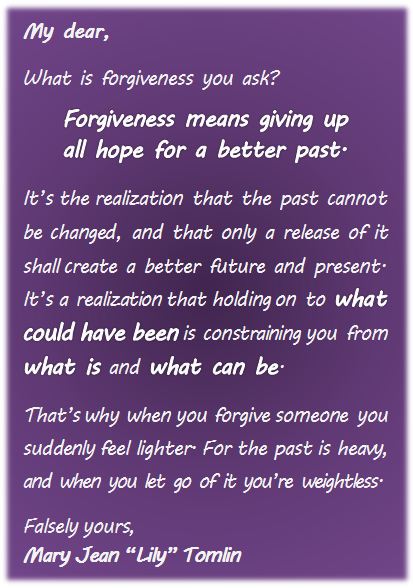 The antonym of forgive is resent. Much easier.

Believe me, I understand how it feels to use your whole body to hurl ill will at someone. But as with any rigorous activity, it’s exhausting. CLUE: not for them. Which begs the question, who is suffering?

Dr. Elisha Goldstein aptly states, “We can begin to forgive, even though we will never forget” — noting understanding and compassion are key for the ones suffering to come to terms with the way things are, and to slowly let go of allowing the atrocity of their past to rule their present and future.

I love Lily Tomlin’s famous quote about forgiveness:  “Forgiveness means giving up all hope for a better past.”

The forgiveness in your heart is real and powerful — but there is an equally formidable counter-part that is unreconciled, so there’s a battle going on. It does not mean you have failed. In fact, I believe just the opposite.

The question becomes: have we forgiven or are we forgiving?
The answer is one which has set me free on many levels: Both.

The numerous times I’ve spent in the classroom of  forgiveness taught me this important lesson: once I choose to forgive (and it is indeed a choice), I enter the process of forgiving.

If it weren’t a process, I’d be “done”. And I’m not. I know I’m not because why else would those feelings keep coming up? It doesn’t mean I keep jetting back to Square One. In fact, often I don’t wrestle with anger, resentment, or bitterness at all. Sometimes it may only be explained as a pain memory.

The freedom comes with the realization that the past cannot be changed, and that only a release of it shall create a better future and present. It’s a realization that holding on to what could have been is constraining you from what is and what can be.