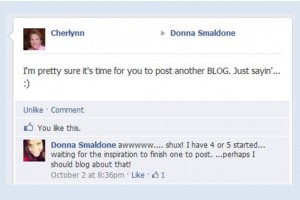 Logging onto my blog tonight, a miniscule box stared at me, inquiring if the log-in screen should “remember me”. It was then that I chose the title of the very blog I was logging-in to pen, adding only a question mark.

It was two-and-a-half weeks ago when my friend Cherlynn posted on my Facebook wall, “I’m pretty sure it’s time for you to post another BLOG. Just sayin’…” Followed by a few clever keystrokes forming a smiley face.

She was right. In fact, The You Evolution™ was long overdue a new post and the growing number of them in my “Drafts” file was beginning to ferment, birthing even more. All of them yet to be finished.

Are you beginning to understand why so many artistic types go crazy? 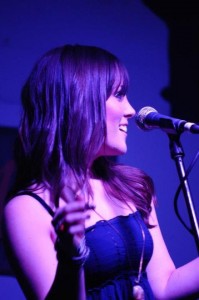 Then… the past 24 hours happened. One amazing, life-giving gift after another. I don’t want to go to sleep because I don’t want the day to end. “Crazy”, right?

Taking a lesson from the American neo-noir psychological thriller, Memento, I’m going to start my story at the end.

Oh wait… that’s going to be counter-productive. Strike that.

Keeping your eyes open and aware, take a slow, deep inhale and envision your most favorite snapshot of nature. Notice the newness and sense of wonder — an infectious beauty that invites and encourages you to be comfortable in your own skin.

Now, do your best to conceive what that would sound like.

That sound. That warm, fervid, soul-penetrating music is what covered me tonight like a comforting, warm blanket on a crisp winter’s eve. The only reason I won’t say it “belonged” to Millie Elizabeth is because she gave it away so freely that ownership would be like a slap in the face to her. The more the audience soaked in, the more she lavished upon us.

I’m still dwelling it in now. It’s what I’ll continue to immerse myself in when I finally succumb to slumber. In fact, it will sound a little something like “Poison & Wine” by The Civil Wars. Mesmerizing.

Organically poetic — the only kind of conclusion acceptable to this unexpected day.

The day began with a call from my daughter Brittany, who told me she got accepted into a highly competitive nursing program!! The next call I received was from my son Grant, who shared that after an intense trial week before a jury, he had won his first case — and it was a big one.

I have been like a giddy fool all day. Yes, I said, “Giddy”!

8 responses to “Remember me?”