When enchantment is threatened 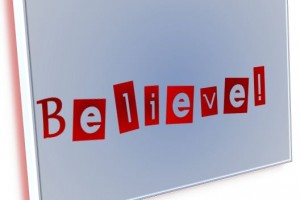 “But… how can the Easter Bunny REALLY get to every single house in just one night?”, she inquired, enunciating every single word, her chocolate eyes peering at me from beneath a furrowed brow.

She sat cross-legged beside me on the bed and gazed just beyond me, pondering this question of life. Her Shirley Temple curls tumbled across her forehead as she turned her head toward me with a perplexed expression, pleading for some clarity. 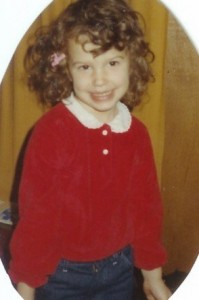 My baby sister was approaching eight years old and the magic of Easter wasn’t lost on her. However, the magic of the Easter Bunny was quickly losing ground.

Being the dutiful big sister, forever in love with this baby girl, I assured her there was indeed an Easter Bunny – and concocted a plan to prove it.

As Debbie helped Mom in the kitchen, I went to work.

Moments later, I tore down the stairs into the kitchen with a contagious excitement.

“Come quickly!”, I begged Debbie, helping her on with her snow boots [yes, we had snow at Easter!!]

We approached the snow-covered lawn with sharp-eyed attentiveness.

“LOOK!”, I exclaimed, as Debbie’s eyes took in the marks in the snow, her jaw opening as widely as her eyes.

“They MUST be!”, I remarked, suggesting we follow where they lead.

When we reached the mailbox, Debbie squealed, jumping up and down, grinning from ear to ear as she recognized her name on the envelope. The letter was personalized. And was signed, “The Easter Bunny“.

Fast-forward to Christmas 2011. Baby Sister now has two babes of her own, and recently posted the following on Facebook about her eldest, Lainey, who is approaching eight years old:  “This may be the last year for the big man in the red suit around here… so far Lainey’s told me, “but how does he REALLY get to all those houses? I’m not sure I believe that… well, maybe he has helpers.” Then tonight, she tripped me up with, “I thought Santa Claus WAS actually Saint Nicholas” when I said Santa was based on St. Nicholas…. uh oh… I really hope she holds on for at least this one more Christmas!!!”

Why is it so important to keep the magic alive when the enchantment is threatened? Why do we want so desperately to keep the allure flourishing?

Allow me to suggest it’s the gift of family, a love which cannot otherwise be explained. I call it good “Mama”-ing.

Hold on, Lainey, sweet love. At least for one more year.

11 responses to “When enchantment is threatened”