Awaken to find you have wings 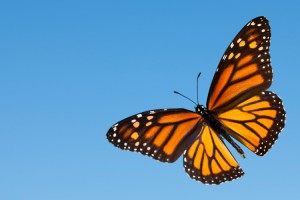 For nearly three decades, I allowed the untapped emotional terrain held captive in my soul to corrode my self-worth and devalue my survival until I finally discovered the courage and the means to grab it by the throat and embrace Truth. It was 29 years ago today, October 24, 2015, the car I was driving crashed into a tree at 100+ miles per hour and burst into flames. The accident claimed the young lives of two dearly cherished friends, Dan and Tina and forever altered the lives of our intimate community and the three who survived.

In 2011, I processed the pain of tragedy and forcibly shed the heavy yoke of self-imposed teenage guilt I’d carried for 25 years. Tears flush and fuel the soul if you let them, right? So raw. So cleansing. Liberating. The metamorphosis of my self-forgiveness took ages to achieve and I wasn’t done yet. I still longed for the impossible, to unshackle my soul from the pain and anguish of that day. To dig deep and find peace. It seemed unimaginable.

The gift of that peace came on December 10, 2014 when I sought EMDR Therapy with my counselor Lynn in upstate New York. EMDR (Eye Movement Desensitization and Reprocessing) is a psychotherapy that enables people to heal from the symptoms and emotional distress that are the result of disturbing life experiences, that once took years to make a difference. Following is the journey I took that day…

It wasn’t difficult to trek back to Friday, October 24, 1986, as I’d been there many times. It was a brightly lit, crisp fall afternoon in the Adirondack Mountains of upstate New York. When Lynn asked, the first word that came to my mind without effort was “irresponsible”. I felt irresponsible for establishing such a playful environment in my car, for not having better control. She asked what I associated it with and without missing a beat, I said, “pain”; the physical pain I endure every day as a result of being on fire and breaking my hip and the emotional toll of death and suffering.

With eyes closed, I could see a reddish-orange light in the form of a bubble. I heard laughter and sensed joy and innocence. A warmth surrounded me and grew stronger as my field of vision tightened. When it abruptly shrank to a mere dot and made a ‘pop’ sound like a child blowing bubble gum, I felt panicked and scared. It came too quickly and I wasn’t ready. I knew what was coming around the next bend and didn’t want it to happen. So, I simply willed the vision back and it returned.

Once a little more settled, I allowed the bubble to move away from me into blackness. The dark was expansive, limitless yet did not hold the stars I expected. I could still hear laughter but it was fading, too. I knew the accident was only moments away and with sudden depth of understanding, recognized I had only delayed the inevitable when I willed the vision back. I had interfered. There was nothing I could do. I felt helpless and even though I did not want to, I began to accept it. The longer it took to accept, the more I began to take on the role of an observer of what happened that fateful day.

Now, I could be in the car just seconds before the crash. I was like a fly on the wall, distinctly present, sitting in the back seat of the car. Everything came in to focus. I was an observer. NOT the driver. I could even see me behind the wheel. I could see the back of my head and watch the interactions. Aside from my own fear, terror, panic, frozen feelings — the ones I had felt for nearly 30 years when vividly reliving the moments just before the crash — following is what I experienced and witnessed as an observer in the Buick Skylark that day:
Laughter
Love
Joy
Sense of Elation
Adoration & Respect
Friendship
Innocence
Carefree Spirits
Warmth
Purity

Then, abrupt pitch blackness. I could still feel the expanse but the imagery was gone.

Sound was muted, as if standing in a field of fresh-fallen snow. So pure. Untouched. Unscathed by the aftermath. I could hear only my breathing and when I strained to listen, the laughter. Somewhere far away in the distance.

The word… what was it? I searched to find it. “Freedom”. “Liberation”. Yes, but how do I contain it. How do I describe how it feels to be in that car at that moment. Love, purity, friendship, giggling.

“I am innocent,” I whisper it aloud for the first time ever, daring to embrace Truth. I look Lynn square in the eye and try to say it out loud. “I am innocent,” but the words are muffled through my tears of liberation. I’ve never felt this way before. I clear my throat, not wanting to miss a moment while I attempt to regain my long gone composure. “Innocent,” I pronounce. “I am innocent.”

I close my eyes again. White. The blackness is gone. The expanse has become the most breathtaking shade of white. So pure. So beautiful. Honest. I can see no figures but with perfect clarity know Dan and Tina are there, smiling and shaking their heads at me with a look of, “……FINALLY!! She gets it.” I can almost feel Tina flick me on the forehead to further make her point and I can’t help but smile.

Right then, I realize I hear the laughter again. I feel it. It’s distinct, profound and radiant. With acceptance and understanding, I realize the laughter, love, joy, purity, innocence and peace that everyone else felt in the car that day….. never died. Dan and Tina are still in that beautiful moment I’d just experienced for the very first time. They lived there. They died there. It’s where they’ve been all along.

Now, I can breathe, throwing my arms around true liberation and peace. Something I never dreamt I’d find.

Just a week ago, the sky played host to several monarch butterflies. As I watched them soar higher than I knew they could, some wilding flapping their new wings, some simply surfing the air with confidence, I could feel their liberation. I could feel them smiling. How magnificent it must be to see the world from a snail’s pace on the earth only to awaken to find you have wings. How many can say they’ve seen life from such vastly diverse perspectives? And then it hit me. I have. And I am forever grateful.

It’s time to embrace your wings, sweet friends. Come, soar with me.

55 responses to “Awaken to find you have wings”